Well, so far I have walked 454 kilometres across the province of Saskatchewan in order to raise awareness and funds for Huntington Disease and the Huntington Society of Canada.

Saturday night (July 22) I made it to the town of Wadena, Saskatchewan. It looks like I am going to turn south now at Wadena and pick up the trail on the Yellowhead Highway heading east towards Yorkton and then the Manitoba border. July 23 is a rest day at my mom’s place in Yorkton, Saskatchewan.  I will go back and pick up my trail Monday, July 24th.

Here are the towns I have covered so far:

Tales From the Road:

2.  My event sponsors: Knight Nissan, Bickner Trucking, Sterling Truck and Trailer, Hornoi Leasing, Full Line Ag, The Village of Vanguard, Steelview Oilfield Services, and Speedy Creek Signs.  My plan was to backpack across this province on my own.  It was not a good a good plan.  Best case scenario is I would have failed, worst case is I would have died.  These sponsors have ensured that I have a pace vehicle to keep me safe on the road, coaching to keep my body going, and rest at night and nutrition along the way. Thanks!

By the way, our pace vehicle is a Nissan Rouge.  It is very comfortable, handles well, and is overall a very nice vehicle to drive (just ask Val).  Here are the specs in case you are interested in checking one out.

3.  John Bickner at Bickner Trucking.  He made the above sponsorship (and this campaign) possible.

4.  My pace drivers Seth, Jessalyn and my wife Valerie.  You can imagine that walking across the province at 5km per hour is boring.  Driving a vehicle at that speed isn’t any better.

5.  People that have walked with me; Dan, Jessalyn, Gordon, Amber, Brittney, Laurie, Janet and Lorne, Betty, Loyd, Brian, Carrie, Kassie, Wendy, and Alvina.  It does pass the time having people to walk with.

Here is a link to some pictures that I have taken along the way.

I haven’t been able to listen to as much music on the road as I would have liked.  There is just too much traffic.  In addition, after we had the Facebook block on our live feed because Val was playing XM radio, I thought if my pace car driver can’t have music then I can’t either.

Here is one of my favourite songs from my absolute favourite band growing up.

Hailing from Mississauga, Ontario, Triumph was a power rock trio in the mid 1970s and 1980s.  They were my favourite band, and I must have listened to their records a million times. In fact, growing up, I wanted to be one of two guys, Rik Emmett of Triumph or Darryl Sittler of the Toronto Maple Leafs.

This is Rik Emmett, one of my two boyhood heros.  His skills on the guitar are like no other. Originally, I wanted to name my first son, “Rik Emmett Shwaga.” It was decided.  There was no other option.  That is until the time of birth when my wife informed me “His name will be Seth.” 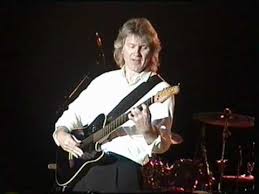 My other boyhood hero was Darryl Sittler.  He was the captain and best hockey player on my favourite team the Toronto Maple leafs.  Sometimes when the game would end on Saturday night, I could hardly bear the thought that I would have to wait a whole week to see Darryl Sittler and the Leafs again. Even then, often you would wait an entire week only to find out CBC was airing the Montreal Canadiens or Vancouver Canucks  game.  That was unbearable! 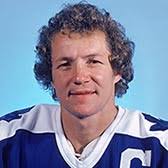 Until this day, when I am at a teacher’s conference or convention or any place where people don’t know who I am and we are required to have name tags, I will put Rik Emmett or Darryl Sittler on my tag and just pretend to be them all day long. They are still my boyhood heroes.

Here is a link to my fundraising page.

Please also check out the Huntington Society of Canada’s website.  It has a ton of information and articles.